The Lent Experiment Part 2 – A Work In Progress

General Feelings: If I have learnt one thing in the last 12 days, it is that sugar is apparently in everything! A routine trip to the supermarket on February 14th (I’m an old romantic I know) turned into an exasperating hunt for sugarless products outside of the pet food and bathroom aisles! From cereal to condiments, crisps to crackers, soup to sauces – take a look on the back and chances are you’ll find refined sugar slyly slotted in there somewhere!

The list felt endless! Sugar, similarly to salt, is a preservative, but I hadn’t realised just how much it was being used to both preserve and flavour foods. It seems that unless you’re happy to live on a dry diet of meat, potato and vegetables, the secret is to cook things completely from scratch; specifically sauces, glazes and anything being added for extra flavour or moistness.

As far as my sweet tooth goes, I’m relying almost entirely on fruit, and whereas it doesn’t provide the concentrated, manufactured sugar rush that a chocolate bar provides, it’s at least keeping me from completely crashing during the day! Meals seem somehow incomplete when I’m not finishing them off with a dessert of some sort (I’m sorry but a shiny apple does not count!), but cutting out mid-meal snacks is by far the worst part, as I can feel my stomach grumbling as my energy levels begin to drop at various times during the day.

Disclaimer: This is a 4-5 day fruit salad serving, not 1 portion!

I have noticed a definite decline in my general energy levels, coupled with an increase in moodiness. Certain things that wouldn’t have annoyed me before are now burrowing under my skin, causing me to lambast whichever poor person I hold responsible! If I’m in a good mood then I’m generally fine, but if I’m feeling at all grumpy and/or tired then this is exacerbated by a lack of sugary energy; I’m basically regressing into a giant baby who needs food and naps at regular intervals! But so far I seem to have avoided the oft reported headaches and shakes, so I’ll take that as a minor victory!

On the stats side of things, I seem to have maintained the same basic weight whilst also losing half an inch around my stomach. I’d like to see this as a positive step in the right direction and a testament to my increased exercise and decreased sugar intake, however it’s still far too early to tell. Plus, one thing about having no active stomach muscles is that your stomach can stretch and bloat depending on how much you’ve eaten and when you last “evacuated”. And yes, it can be a bit of a pain finding somewhere to get weighed in a chair. Fortunately my local spinal injuries unit isn’t too far away and they’re happy for me to pop in and get weighed as and when I need it; plus it gives me the opportunity to nip upstairs to the gym with my Active Hands general purpose gripping aids and hop on a few of the machines that aren’t always on offer at regular gyms!

Anyway, so far so good. I seem to be making some small progress whilst also avoiding some of the worst elements of going cold turkey. I still feel a desperate craving everytime I see someone tear into a chocolate bar, but come on, it’s not like I’ve resorted to inhaling the insides of the wrappers like some kind of pervert with a chocolate fetish…*laughs nervously* 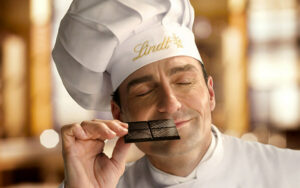 Get me an open flame, a spoon, a needle and a tourniquet – STAT!

General Feelings: I’m not going to lie, when I looked in the mirror this morning I was convinced that my tetra belly had visibly shrunk, so I was pretty disappointed to find that, upon measuring, it’s stayed exactly the same size! On the plus side however, I’m now 4 weeks into Lent and am yet to stray. Before Lent began I made sure I had eaten disposed of all the chocolate in the house so as to make sure there was nothing left to tempt me during my cold turkey period. A couple of weeks ago however, whilst going through my rucksack, I found a solitary chocolate wafer bar stashed at the bottom. This bar now sits alone in a transparent, glass jar in my kitchen, acting as a constant test of my willpower every time I wheel past it. I mean, sure, I could just throw it in the bin, but come on, this is chocolate we’re talking about here! 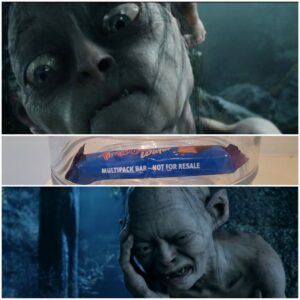 The struggle is real dammit!

Speaking of willpower; I took my mum out for Mother’s Day last Sunday and while she tucked into her Eton mess, I sat nibbling on a selection of cheeses and grapes. This marked the first time in my life that I had ordered the cheese board from the dessert menu, and although I do love cheese, this was in no way a comparable substitute for the ferrero rocher cheesecake or chocolate brownie sundae that were beckoning me over… 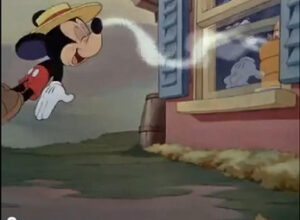 On the whole though I am finding it easier the longer I go without refined sugar. Natural sweeteners such as fruit, honey and fruit juice (not from concentrate) are adequately filling me and now seem to be giving me a slower but longer lasting burst of energy. Don’t get me wrong, when my energy levels start to drop and I haven’t got a healthy snack nearby, I soon become worn out, but I have a definite sensation that my energy levels are increasing and starting to last longer. At the gym, I can do an hour on the handbike without feeling quite as laboured as I might have before; and I can only assume this is down to swapping out short lasting refined sugar bursts for longer lasting natural ones. I still feel a little irritable and moody here and there, especially after a full day at work, but on the whole I would honestly say that I have more drive and feel a little less sluggish than usual. Sure, get me on the sofa and there’s still a 50/50 chance my head will start to nod after a period, but whilst in my chair I feel unusually perky!

So here we are; a full month into things and with less than 3 weeks to hold out, there is definite light showing at the end of the tunnel! It’s going to be a strange feeling once this is finished and I’m free to indulge in desserts once again, as part of me is desperate to tuck into a chocolate egg (or chocolate anything for that matter!), but another part of me is actually enjoying the health kick I’m on and the positivity I’m getting out of it.Decisions decisions…

Due to the COVID-19 outbreak the postal service is slow at the moment. Please be aware there may be delays in receiving your order.非表示