Getting To Grips With Powerlifting

After yet another awesome Instagram tag, we have been in contact with Kaitlin, a 28 year old lady from Pittsburgh, USA; who, in the space of only a couple of years, has gone from barely being able to use her left hand, to a fully fledged fitness and powerlifting enthusiast. She recently acquired an Active Hands General Purpose gripping aid and has already noticed the huge difference it has made to her fitness routine and what she is now capable of achieving in the gym.

Kaitlin was born with cerebral palsy, severely affecting the left side of her body. This meant weakness in her left leg, a left hand that was only ever really comfortable when making a fist, and both mental and physical exhaustion whenever she used her left side. It would be safe to say that, whilst growing up, life threw its fair share of challenges Kaitlin’s way. She was forever being compared to her able-bodied twin but, although things took her a little longer to achieve, there was nothing her sister could do that Kaitlin could not also accomplish.

From a very young age Kaitlin learnt to adapt and became a master at using one hand, whilst making it appear as though she was using both. Her parents made her appreciate the function and abilities she had, always encouraging her to be as physically active as possible, and for as long as she can remember Kaitlin has been an avid sports enthusiast; “you name the sport, I probably tried it!” It was only later in life when she realised that being active and playing these sports as a child was the reason she could walk as well as she was able to as an adult.

But whereas her leg function had vastly improved through constant use, her arm and hand had been largely ignored. So in 2017, in an effort to get more use out of this limb, Kaitlin’s doctor suggested she try Botox in order to loosen the muscles and relax her fingers. The procedure, though painful, yielded fantastic results, and by coupling this with intense constraint induced movement therapy, the fine motor skills in her left hand began to come back.

“When something is extremely challenging, what do you do? You bring it back to the basics.”

One activity that Kaitlin found extremely therapeutic was kraft painting, and since August 2017 she has made over 300 krafts with her left hand, all of which she has given away to anyone who would like a piece of artwork by her. 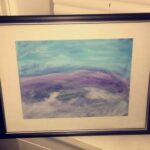 “Anyone that wants one is helping me use my left hand and that’s more than I’ve done my whole life so it’s like a little thank you for supporting me.”

It was around this time that Kaitlin decided to open up about her life with cerebral palsy and began sharing her story on her Instagram account @KreationsByKittles. Being open and honest about the challenges she had faced in her life felt extremely liberating and helped Kaitlin connect to a great number of people. Through some of these new connections she became involved in CrossFit, which in turn led her to powerlifting!

Although the Botox had freed up some movement, Kaitlin’s left hand was still relatively weak and she struggled to get a firm grip on the bar when lifting. She found a basic hook aid that enabled to her to complete deadlifts; however she became frustrated at the limited number of lift types she was able to safely achieve. Then, after her story was shared online, another weightlifter with cerebral palsy advised her that she would be able to expand her lifts with an Active Hands aid, and so the order was placed.

“When it comes to weightlifting, it’s just me and the bar. I’m competing against myself getting stronger and stronger every time I step in the gym (and with adaptive equipment) that’s something that Cerebral Palsy can’t steal from me anymore.”

Putting on the Active Hands aid for the first time, Kaitlin noticed an immediate difference in the way that the general purpose gripping aid wrapped around the weights as opposed to simply hooking them, ensuring a firm grip that wouldn’t come loose. For the first time, she was able to expand her lifts beyond simply deadlifting, adding more and more lifts and techniques to her repertoire.

“Using Active Hands has made me more confident in the gym and has also allowed me to complete all of the Powerlifting lifts [which] weren’t safe for me to do before when I was only using a hook as an adaptive grip.”

Nearly two months after her Active Hands aid arrived, Kaitlin is going from strength to strength; weight training three times a week and doing cardio on her days off. She uses her gripping aid for everything from deadlifting, bench pressing and squatting to free weight training and rowing, or in her own words:

“basically anything in the gym that requires gripping with two hands”.

“First time squatting thanks to equipment. Excited to be able to finally do another powerlifting move!”

Having already competed in one adaptive CrossFit competition, things are looking positive for Kaitlin going forward. She “can’t wait to see how Active Hands will change what [she is] capable of in the gym”, with her aim being to compete in a full able-bodied powerlifting meet!

“I’m not sure what the future holds for me but I know Active Hands will help me achieve lifting milestones that I never thought were possible.”