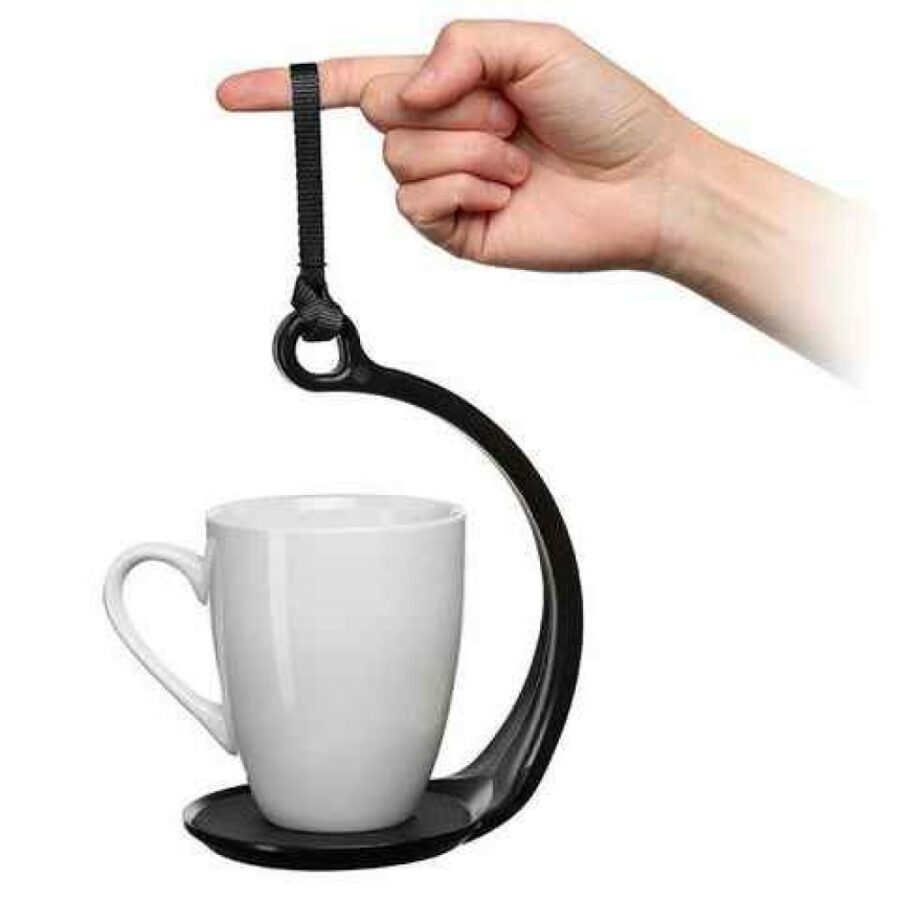 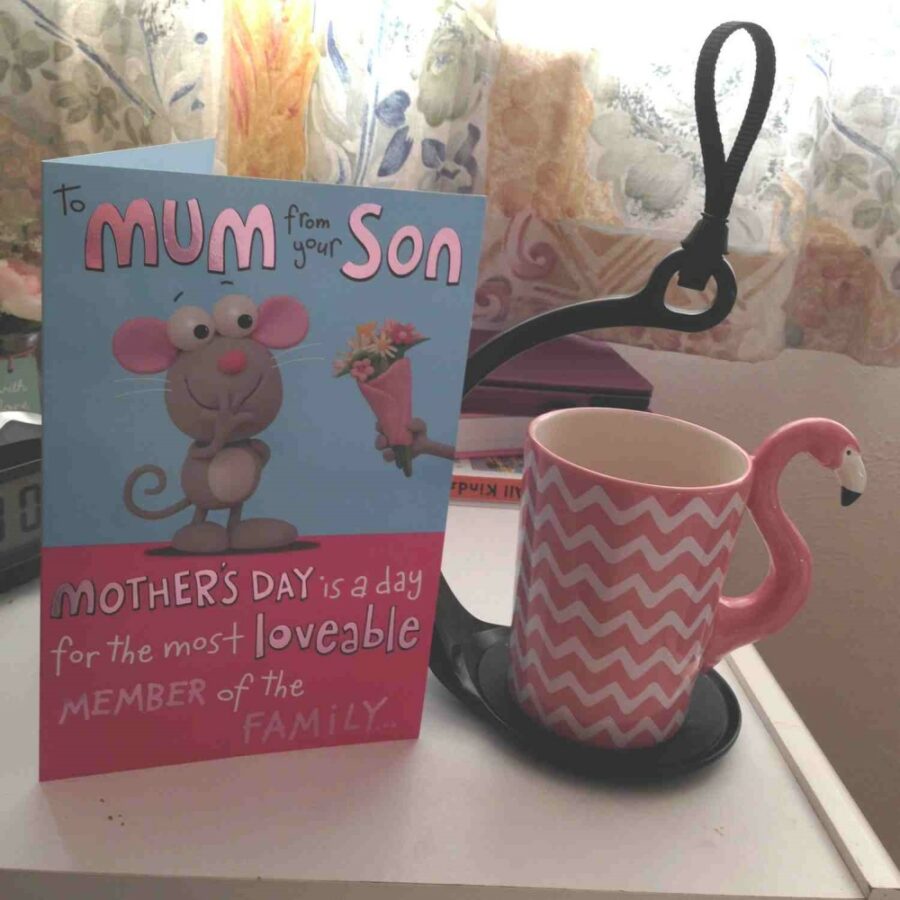 The SpillNot is a cup holder with a difference. Its design means that it is difficult to spill the contents of any glass or mug that is placed on it. You can swing the SpillNot as much as you like and the drink stays in the mug! This is particularly useful for carrying hot drinks, which you cannot place in your lap.

The SpillNot can be used for carrying mugs, glasses and small bowls. The non-slip coaster (included) can be removed and used to protect furniture; it also works as a jar opener.

The SpillNot has a curved plastic body with a non-slip platform for cups or glasses, and a fabric handle that you can slip your hand into. The looped, fabric handle prevents you from applying a lateral force to the liquid in the cup, so the liquid doesn’t spill (the science is quite complicated!).

Rob tested out the SpillNot at home – his wife, Jo, was delighted with it as it meant she had a cup of tea in bed on Mother’s Day: 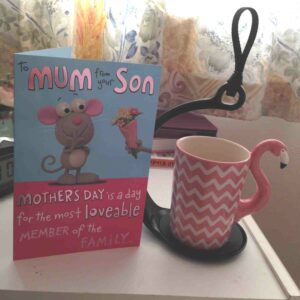 After 7 years of marriage, this morning I had my first ever cup of tea in bed from my husband, made possible by the SpillNot. My husband is tetraplegic and so carrying things between rooms, especially drinks, has always been very difficult. But not anymore! For me, it’s always the small things that mean the world and I felt very spoilt this morning. Thank you for a fantastic product….I think I could get used to this!

SAFETY FIRST: When used with caution and common sense, the SpillNot allows you to carry your favourite beverages without those messy annoying spills. NOTE: this amazing invention is based on physics not magic. If it is bumped, shaken vigorously or aggressively spun, drinks could spill. It’s great fun to push the limits of the SpillNot but please be careful, and practice before attempting tricks near other people. Please exercise caution when carrying hot drinks, you could scald yourself if spillage occurs.

*Mug (and hand) not included

Due to the COVID-19 outbreak the postal service is slow at the moment. Please be aware there may be delays in receiving your order.Descartar